So, I know the basic point I want to get to with this, but I’m not all that sure how I’m going to go about getting there. Might be a bumpy ride. Buckle up, readers. 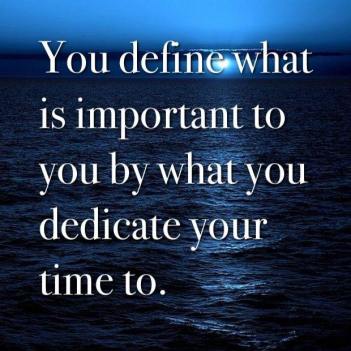 One of the assignments I’ve had students working on since schools have been closed is creating and maintaining their own blogs. And it’s been really intriguing to see how they’ve responded.

Some are going beyond describing the difference between “regular school” and “isolation school.” There is significant personal reflection that has led them to to a deeper understanding of what they value and why it matters to them.

Some are doing the bare minimum – creating daily posts that are two or three sentences long. There is minimal detail or description; a reader who doesn’t already know them learns nothing much about them. But it fulfills the requirement. It’s not nothing.

Some have done nothing.

They’re the ones I’m worried about. It irks me when students blow off opportunities to learn and grow stronger, but that alternative is far preferable to the ones that my imagination provides, especially right now with COVID-19 spreading and workers getting laid off left and right as businesses try to help “flatten the curve.”

One student made a statement that particularly interested me yesterday. She said, I feel that I am working too hard for something to “not count for my final grade.” To me, this shows what the priority is: the grade. And it raises a couple of questions, one of which I asked the student in a comment.

I wish I could get students off the breadcrumb-trail that is created by grades. The result can be this intense focus on the next step, the next breadcrumb, and a reduced awareness of the greater context, until, like Hansel and Gretel, you’re in the middle of the forest with no sense of where home is. Sarah Clowes points out a number of problems that are created by grades.

Unfortunately, the demand for grading is not going to go away, as it is the result of a society in which comparison and competition are the norm. Parents are less concerned with what their children are learning and more concerned with whether they’re learning more or less than their peers are. Schools compare their test scores to other schools’ test scores. And then of course, there’s PISA, which compares results of a standardized test between nations.

What has stayed with me is the skill that I practiced and strengthened. I am a better reader and writer, in part, because of what I did in that class and in my other English classes. I feel confident about organizing my thoughts into something that’s understandable and interesting. I know that if I pick up even a difficult text, I can work my way through to figuring out what it means, if I have the opportunity to give it enough time and effort. Sometimes it’s not worth it; I chose to DNF (“did not finish”) a few books last year.

Grades won’t last. Nobody cares what I made on my Julius Caesar test anymore, or even what I got on the ACT or SAT. I want to encourage anyone reading this to imagine your Future You, and do something that will be helpful for that person.