One of the concepts that has really helped me (both as a teacher and through life in general) is the concept of impermanence.

I don’t enjoy exercise, but setting a clear end goal definitely helps me keep going. While I’m exercising, I’m often out of breath, tired, and aching. So counting down to my last set or my last few minutes reminds me that those feelings won’t last.

END_OF_DOCUMENT_TOKEN_TO_BE_REPLACED

There has been a fair amount of press recently about the rise in challenges and bans of books in libraries and public schools. A recent, high-profile example has been McMinn County, Tennessee, which is near where I live and work. At the end of January 2022, the McMinn County school board released a statement explaining its decision to “remove the graphic novel Maus from McMinn County Schools because of its unnecessary use of profanity and nudity and its depiction of violence and suicide.”

Now, community hysteria and moral panic and desperate pleas to  “PROTECT THE CHILDREN!” are nothing new. Several decades ago, it was the Harry Potter series, and before that, heavy metal. One of my favorite old books is Paths to Perdition, which was published in 1922. It includes a section about the evils of ‘modern dance.’ The modern dance to which the book referred was not the jitterbug or Charleston; it was the Viennese waltz.

END_OF_DOCUMENT_TOKEN_TO_BE_REPLACED

Well, it’s October. Has been for awhile. And apparently there are a whole lot of things that we either celebrate, honor, or try to build awareness for during October. Some of them get a lot more coverage than others; for example, until I started putting this video together, I was not aware that October was Squirrel Awareness Month, or even that there was a Squirrel Awareness Month, actually, much less that it’s different from Squirrel Appreciation DAY, which is in January.

Isn’t it amazing what you can learn from the internet?

END_OF_DOCUMENT_TOKEN_TO_BE_REPLACED

I’m not anybody all that important. I’m just one public school teacher. One among about three and a half million. I don’t get to be the person who makes the big decisions; I’m the one who gets them handed to me. And, unfortunately, I’ve kind of gotten used to the decision-making folks not listening to me. I dunno; maybe that’s why I’m as opinionated as I am.

I know that the decision-making folks are really, really busy, and they’ve got a lot of people who want to be listened to.

By the time I release this on my channel, we’ll be a few weeks into the 2021 school year. As I’m sitting here writing this script, it’s Day 7. I have 32 students enrolled in my English II class. It’s during the block when we have lunch, so I’m with these students from 11:25 until 1:40. In less than a week, I knew all their names.

Part of that is because of a new activity I incorporated this year – the Five-Day Feedback Form, AKA “name tents” – which I’m going to do a video about later on.

On Monday and Tuesday, I had thirty students present. Yesterday it was sixteen.

END_OF_DOCUMENT_TOKEN_TO_BE_REPLACED

Since I’m writing and filming this just before the school year starts, I’m including my Amazon wishlist at the end of the post. I teach at a school in rural Georgia, so these are things that aren’t so essential that I’m going to get them myself, but that I think would be nice bonuses: multicolored pens and markers, skin-tone crayons and colored pencils, and cooperative games. So, absolutely not essential, but if you do feel like helping out, I would be super grateful!

Due to the coronavirus pandemic, the 2020 Summer Olympics were pushed back a year. They started on July 23, and will continue until August 8.

The Olympic Games are completely unique. No other event captures the level of prestige and splendor it carries. And while the events are competitions, the sportsmanship and even cooperation shown by the athletes embodies the “spirit of friendship, solidarity and fair play” described in the Olympic Charter.

END_OF_DOCUMENT_TOKEN_TO_BE_REPLACED

I was thinking about women on the Supreme Court as I got ready for school one morning in late February. I think this was mostly because I had dreamed about a new appointment that night.

That dream was probably influenced by one of the books I was currently reading, which talked about the effects of explicit gender bias, and how that without deliberate countermeasures, lead to non-gendered situations having a lingering implicit bias as a result. So I had been thinking a lot about representation, and culture, and society, and the interconnections between them.

END_OF_DOCUMENT_TOKEN_TO_BE_REPLACED

This is in response to an ongoing (every other week) livestream in which a friend and I are discussing Ursula LeGuin’s classic novel, The Dispossessed. It’s a work of science fiction set in a distant star system, on the planet Urras and its moon, Anarres. Generations ago, a group of political dissidents on Urras were offered the opportunity to become settlers on Annares and to run their society as they saw fit, in exchange for mining a valuable ore that had limited availability on the planet but was apparently plentiful on the otherwise nearly-barren moon.

The protagonist is Shevek, an Anarresti physicist who travels to Urras. He is simultaneously curious and also bewildered at the vast differences between the society in which he was raised and the one he is visiting. His own society aims to be stateless, classless, and egalitarian, while Urras is comprised of nation-states with rigid class and gender structure. Things escalate to full-out sexual assault in chapter 7, which was part of the discussion in the livestream. However, I woke up at two in the morning with further thoughts, which you can find behind the cut.

END_OF_DOCUMENT_TOKEN_TO_BE_REPLACED 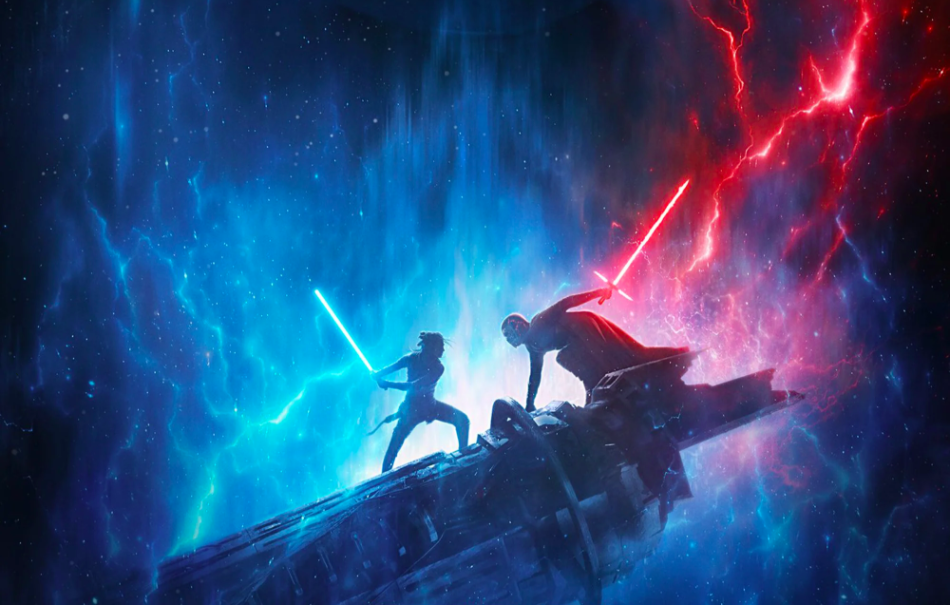 One of the books I read last year was Cordelia Fine’s Delusions of Gender. An interesting point the author makes is that we often think that our biology influences what we do, and while that isn’t untrue, it’s just as true that what we do also shapes our biology.

Watching The Rise of Skywalker brought this to mind again. I didn’t like the director’s choice to return to the “Chosen One” trope after the saga finally seemed to be moving away from it in The Last Jedi. But what I did like was the concept that we choose who we become, but we are also responsible for following through on that choice with our actions.

So many of my students, like most of the people I know, get very defensive when they are told that something that they said or did is bigoted, or hurtful, or sometimes just incorrect. And that’s because it can feel like a condemnation, not of the action, but of the person. END_OF_DOCUMENT_TOKEN_TO_BE_REPLACED

If we as teachers do not read and write in our own “real” lives, how can we expect our students to value reading and writing as anything more than school work? – Kathleen Sokolowski

The current consensus among teachers of writing seems to be that it is necessary to be a writer, to write regularly, in order to be a good writing teacher.

One problem with this, for me, is that I really, really, really don’t like writing, at least not in the creative sense. I do not have the remotest urge to keep a diary, or a journal, or a notebook. I have notebooks. And I do write things down. Mostly they’re lists of things I need to remember to do. Lesson plans. Songs to add to my karaoke rotation. Movies to watch. Groceries to purchase.

Many writers describe the process of writing as a form of thinking.

END_OF_DOCUMENT_TOKEN_TO_BE_REPLACED

Okay, so first of all, yes, they did, and yes, it’s so incredibly wrong and horrid and shameful. Let’s get THAT out of the way first.

However, in addition, I have a fair number of thoughts on the opposing mindsets shown. Buckle up, friends; I have some general idea of where I’m headed but I’m not sure how I’m getting there, so this may be a long, meandering ride.